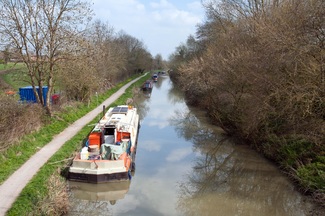 Landscape Analysis - Key Characteristics
The canal is key landscape feature of the parish which provides a physical connection and means of movement between the villages. It is also a key tourist route with ‘honey pots’ around Sells Green and The Barge. The landscape beyond the villages is set within the valley and on the valley slopes; predominantly agricultural, with field boundaries predominantly marked by hedgerows; and interspersed with individual dwellings and farmsteads.

Roundway Hill and Salisbury Plain are key landmarks evident in views from the settlement edges.

Each of the villages have series of features which make them unique, as follows:

Seend    [Link to maps and images]